Our 2020 Splash Carnival was held on Wednesday 26 February in very cool and overcast conditions and even the odd spot of rain! Fortunately the weather didn’t dissuade students participation and enthusiasm with many children claiming it was ‘warmer in the pool! The afternoon was officially opened by Mr Keleher who stayed on to commentate and encourage the teams in their races. Students from both the Point Pearce and Maitland campuses were present and cheered loudly and often for their teams while demonstrating excellent sorting behaviour.

The Eagles and Sharks teams competed for the Julie Adams cup which promotes participation in swimming as one of its goals. Our two wonderful swimming instructors Jodie Ames and Shirley Lands had prepared the students thoroughly for the day and this was evident in the strong swimming styles, positive attitudes and focus on safety.

As in previous years, there were several new events this year as well as the relay races across the pool for younger students and a variety of self-nominated relays using a variety of strokes along the length of the pool for older students. The Year 6 Rope Throw (introduced in 2018) where “drowning” students were saved through the rope throwing skills taught in lessons) was run again and along with the new ‘Mintie Munch’ proved popular with both the competitors and the crowd. It was back-to-back wins for the Sharks this year and they overwhelmed the Eagles, cruising to an easy win. Mrs Julie Adams proudly presented Sharks’ Captains George Butler and Matilda Palin.

The captains received the cup with excitement and in their speech thanked their team mates for the win and the Eagles for the keen competition throughout the day.
A wonderful crowd of family and friends were present to support the students and at the end of the day their help with cleanup was very much appreciated. 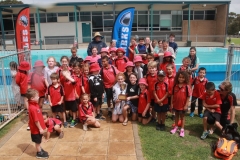 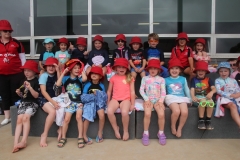 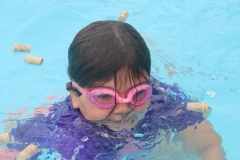 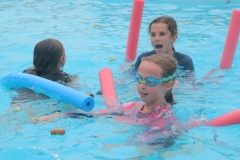 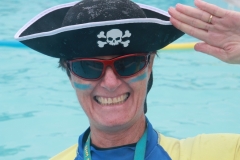 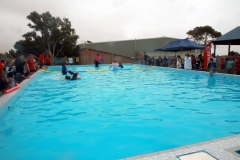 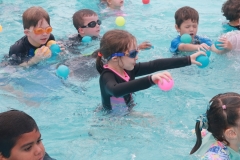 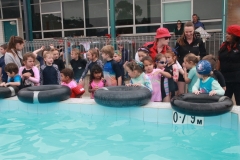 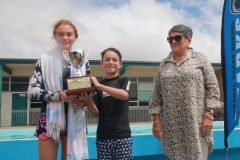 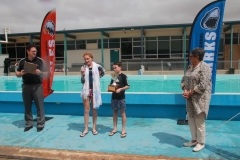 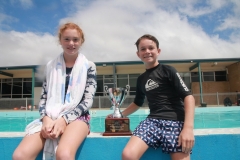